House fires can be devastating. Often, structural fires result in a complete loss of a home. Sometimes, however, homes are rebuilt after a fire, much to the surprise of the homeowner who likely imagined having to relocate while witnessing their home being engulfed in flames. It can be a bit unsettling to settle back into a house when you've seen it on fire, particularly if hidden damage is discovered during the reconstruction phase.

If your home is being reconstructed after a structural fire and you are having second thoughts about the process, you may be wondering if you have any options available to you. That all depends on whether or not you already signed a release. Here's what you need to know.

If you signed a release, then you may not have any recourse. A release is a letter that your insurance company may have asked you to sign when your claim settlement was offered. This release would have stated that your insurance carrier will not be responsible for any additional payment, even if any supplemental or hidden damage is found. You will need to contact an insurance lawyer as soon as possible. The only recourse you may have available to you is if the lawyer finds that the insurance carrier and/or insurance company's adjuster intentionally and fraudulently left important information and line items out of the claim. To prove this, the lawyer will need to hire a public adjuster.

If you did not sign a release—hire a public adjuster

If you did not sign the release, and your reconstruction contractors have either discovered additional problems or have run out of materials and/or money, you will need to hire a public adjuster. Do not ask the contractors to contact the insurance company as this could be misconstrued as the unauthorized practice of public adjusting, which is against the law in most areas.

Hire a public adjuster to delve into your insurance claim for you without going through a lawyer. A public adjuster essentially does the same work as a company adjuster, except that he or she works for the homeowners rather than for the insurance companies. Even though they perform the same job as what was already performed by the company adjuster, it's always a good idea to have an extra set of experienced eyes to take a look at things. He or she may annotate the damage the original company adjuster left out of the claim. Contact services like Great Lakes Public Adjusting to learn more. 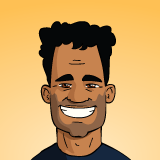 Hello, my name is Lance London and this is a blog that everyone should read before they purchase insurance. I decided to write this type of blog because many people don't understand the various terms that are used when buying insurance. Others are unsure about how much insurance they should purchase and they either spend too much on a policy they don't need or they don't have enough insurance coverage when they have to file a claim. I learned all of this information from my brother who is an insurance agent. Whenever I need to buy insurance he explains everything to me down to the last detail. Since I know there are others who also have the same questions, I wanted to help them by writing this blog.